For all press inquiries, please contact
Frédéric LOREY
Attaché de presse
+33 6 03 67 45 28
[email protected]
https://attachedepresse-freelance.com/
Ever wondered what it's like to cold-call? Very boring. Frustrating. And for some salespeople, cold-calling is part of their daily grind. Some call households, but many more call other businesses and sell advertisement, software, financial services... Sometimes it's a pure cold-call, but most of the time, salespeople use the phone to set an appointment, or to nurture a business relationship. The phone is an essential tool of business and the goyaPhone helps salespeople grow their business.

Sales software are tailored for different kind of salespeople. Some sell to a few large organizations, or governments, and their sales cycles are long and require the input of many parties: think of selling military hardware or jumbo jets. These salespeople need a sales software that can track tasks and resources because they're really managing a project and so they need a project-oriented sales software. However, this type of software is rather inadequate for salespeople whose results depend on their ability to prospect a dispersed market.

Prospecting is about making contact and following-up and a project-oriented CRM software is of little use: the salesperson constantly needs to log his sales activity into his CRM. Made a call? Log it in. Sent an email? Log it in. Great for sales managers but for the end-user, the salespeople on the front-line, many sales software end up bogging down salespeople with data-entry.

The goyaPhone is first and foremost designed as communication tool. Salespeople can make calls at a click of a button. For emails, another essential tool for prospecting, users define email templates they can customize on the fly. The interface is designed for maximum efficiency: the goyaPhone makes phone calls, sends emails and relieves salespeople of the data-entry burden because the software automatically remembers everything about every lead without the end-user having to remember anything.

That's absolutely critical for the follow-up. Suppose that out of the thousands of prospects you've called, you'd want to call back all the prospects you've talked to for more than 10 minutes, who've agreed to receive an email but who weren't ready to move forward and it's been 3 months since you last talked to them. With a traditional CRM, finding these prospects again would first require lots of data-entry and even then the software might not be designed to make the data meaningful to answer such question. Or how about just calling back all of this morning's voicemails? With the goyaPhone, salespeople can find interesting prospects to call back based on the work they've already done: the follow-up is practically done for them.

The true strength of a software is not just in its functionalities but also in how it makes its users feel. And feelings matter when prospecting because salespeople often go through long dry spells before finally reaching a prospect with whom they can engage in a sales conversation. Being sharp and relaxed is critical. The goyaPhone uses a distinctive 4-color palette designed to keep the retina of its users engaged so that they're more focused. Color psychology to help users prospect. Some will think it just looks like a toy without thinking that it's actually the intended purpose. Using gamification techniques, the goal of the user experience is to motivate salespeople to keep prospecting. Like in a game, call statistics act like a score card that keeps players going because they experience the feeling of making progress. When users move their mouse over the interface, it creates a reactive visual feedback as the cursor moves. The goyaPhone makes prospecting efficient, engaging and alleviates the feeling of boredom and frustration so that salespeople get more leads and more sales.

The goyaPhone is built by a Sylvain Courcoux, a French internet entrepreneur. After studying economics in Lyon, France, he launched his career in Silicon Valley as a stockbroker in 1999 and then switched to the mortgage industry in 2001. At the time, he learned cold-calling and sales while sleeping in the office for 6 months and went on for 6 six years until 2007 when he started Krilix as a CEO. The goal of the company was to enable local businesses to connect with their customers via SMS and then to the friends of their customers. He had raised about 1 million dollars from 60 investors and the company had built an outside sales force of about 200 salespeople spread out over 17 cities in the US but due to technical reasons, the company failed at launch with no viable product to sell. He then realized that instead of an outside sales force, it would have been a better strategy to put 50 people in a room and make a million phone calls. The investors didn't want to hear about this new strategy and Sylvain was fired from his company and left with the idea of building his own telemarketing software. He moved back to Europe, taught himself how to program and spent 6 years building the goyaPhone as a single-founder. The goyaPhone is a software built by a sales professional who built the tool he had always wanted. The goyaPhone works in English, French and German and is currently available for pre-order with an expected launch in January 2017.

The kicker: you can play with the interface right from the homepage. With most Saas software, visitors must either watch a video or sign-up for a free trial to actually see the software. The goyaPhone generates random sample data every couple hours so that visitors can see and experience the user interface, with just a click of a button.
logos
png svg 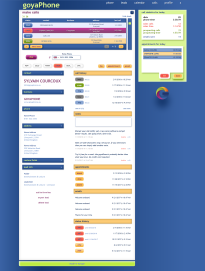 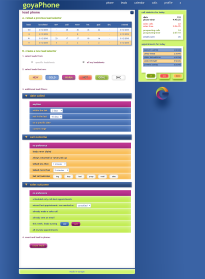 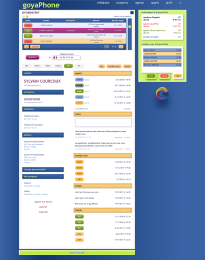 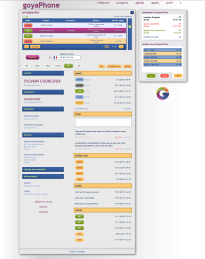 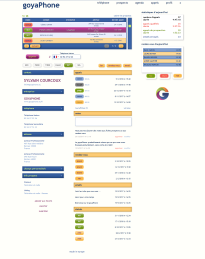 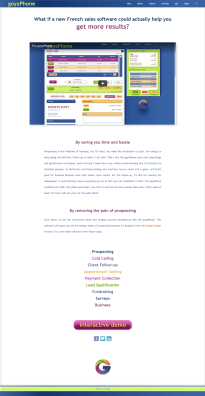 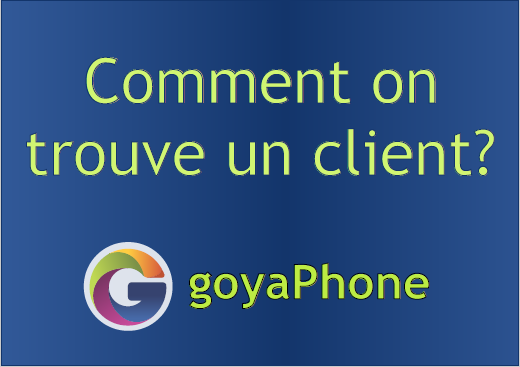 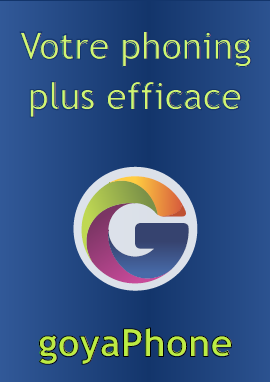